The Exception to the Rule 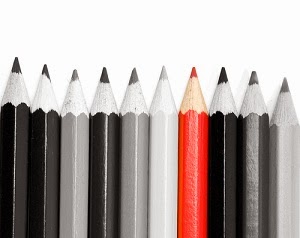 This morning over toast and coffee I watched a one minute video starring Mitch Joel.  Mitch (who I didn't know until I watched this video) is, I guess, a pretty big deal in some circles.  Among other things, he’s President of Twist Image; a digital marketing company.

What he said was rather compelling.

In a little over sixty seconds he discussed the general nature of business, revenue and its relationship to economic climate and the music industry, leaving the listener with one singular thought.

For every rule there are mostly exceptions.

I’m going to borrow that thought for both my business and my personal life.

I think it would work well as a small but powerful weapon to conquer any fear.  Especially those sticky situations where you want to make a radical change (from employee to entrepreneur for instance) and your mind attaches that radical change to something that can’t be changed (your age, gender, ethnicity as examples.)

We all know that combination; radical change + something that can't be changed = fear paralyzes.

And the funny thing of course is we created the “rule” – the  I’m too old/young/black/white/inexperienced/female/male.

So it’s probably safe to say YOU are the exception to the rule.